Night Before a Wizard Christmas

It was the night before a Wizard Christmas and all through the spiral. Not a wizard was battling, it was rather quite frightful. All the spiral houses were decorated with care, All hoping Felix Navidad would soon be there.

Wizards all warm in their beds,
Dreams of pets danced in their heads.

Falmea with her wand and Dworgyn with his staff,
While Cyrus complained about a classroom draft.

When out of the shopping district arose such a clatter, Ravenwood staff awoke to see what was the matter. Away through the commons they flew like a flash, Each on their wing mounts attached with a sash.

With all the stars glistening in the sky giving a wonderful glow to see where they flew.
Arriving to find a miniature wooden wagon, and eight tiny Chrismoose.

A red suited driver, so happy and quick, they knew in a moment it must be Felix. More static than lighting bolts his movements came, then he shouted, calling every moose by their name!


T' huts and hideouts decorated with care, All hopin' Santa Frog would soon be thar.
No drink'n and fight'n t' pirates battles were lessor, so presents could be wrapped like a bounty o' booty.

When out in t' skyways arose such a clatter, I grab up me cutlass t' see what's da matter. Down t' t' docks I ran in a dash, starboard t' me ship, I sailed in a flash.

Through t' skyway on windlanes ,to find all t' excitement. Landin' at Jonah Town only t' find a miniature raft, and eight tiny Noelephants. With a red suited Cap'in, smilin' in t' fog , I knew in a moment it must be Santa Frog .

More static than lightin' bats his movements came as he shouted, callin' each Noelephant by name! Now Dworgyn! now Falmea! now, Cyrus and Arthur! On Sherlock! On Harold! On Ambrose and Lincoln! Over t' top o' Jonah town t' Flotsam Skyway! Now sail away! sail away! sail away all!

Posted by Paige MoonShade at 8:34 AM 2 comments: 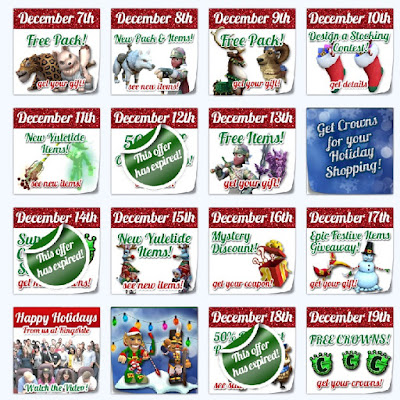 The 12 days of the spiral has returned! Each day I'll add to this post starting with today! To find out more go to Wizard101.com 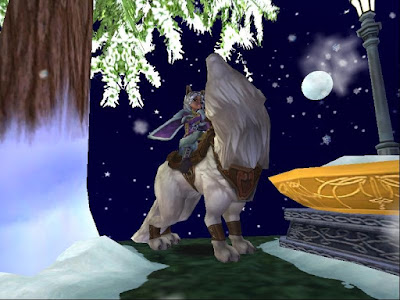 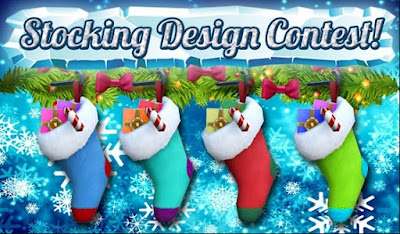 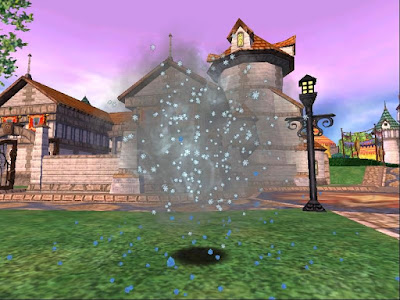 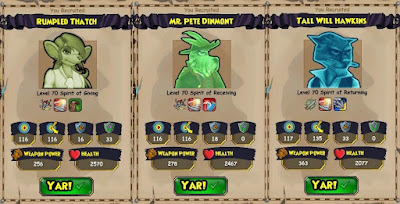 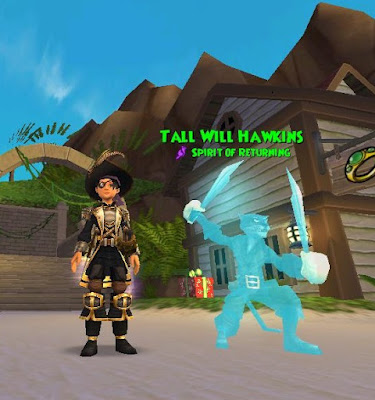 Pirate101
Ashes of the Armada Pack 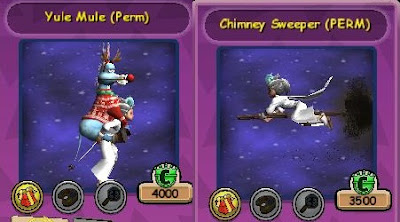 
Hope everyone has a wonderful holiday.
Posted by Paige MoonShade at 10:50 AM No comments: